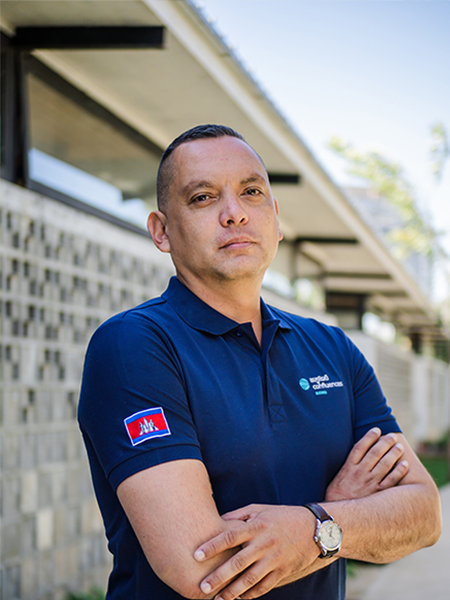 Soreasmey is the proud brains behind Confluences and is the founder and CEO. A native of Lyonnais in France, Soreasmey is passionate about many sports such as MMA, and football (just don’t speak to him when Olympique Lyonnais lose a match!)

Soreasmey will be the first to admit he isn’t the most patient for honing his own sports skills, but he more than makes up for this with his strong interpersonal skills and experience and intercultural appreciation. This has led him to manage several varied and key roles, including that of President of the CCI France Cambodia and Vice-President of the Cambodian MMA Federation.

As a Thai Institute of Directors (IOD) member, it also gives him the opportunity to practice his Thai-language skills (so he says), an impressive addition to his French, English and Khmer. Soreasmey is not all work and no play - He loves socialising with an eclectic mix of colleagues and friends - just watch out for his charm and persuasion skills or you might end.