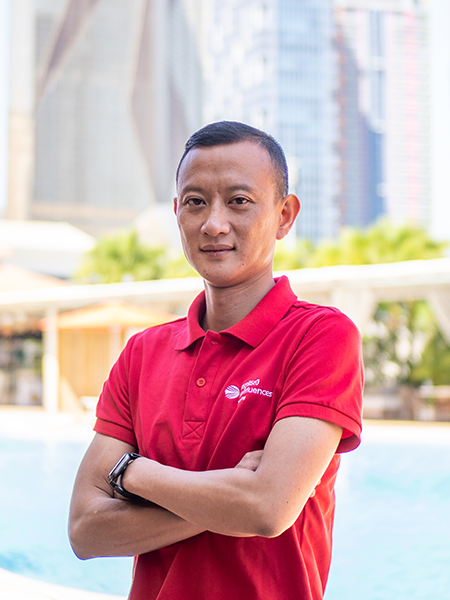 Parisian and Franco-Khmer Max is our Head of Trading and another big football fan - this time of PSG - and things get tense in the office when the Le PSG play Olympique Lyonnais.

Max is also an avid fan of hip hop and RnB - which suits his valuable time spent enjoying the company of friends in Phnom Penh.

He relies on his Bachelor of Management and wide skill set to comfortably lead the sales team through effective communication. He is an excellent team facilitator, however, his eagerness for him and those around him to succeed means he sometimes lacks tact (in the best possible way) which also means his rebellious streak and persistence shine through with great results.

His bulldog attitude to getting things done and focussing on the things that matter to him most, earns him respect from all of those who work with him, so don’t let his lack of subtlety put you off - your goals are at the heart of his ambitions.

No matter what - Max is never shy of a wide grin and a laugh - and we wouldn’t want him any other way!